How to Install Fritzing Linux Ubuntu and Mint 20 - Fritzing is an application that can model electronic devices in 3-dimensional form.

This app is free, but version 0.9.4 is already paid. In this article we will install version 0.9.3 but with the update part that we took from Fritzing's github. 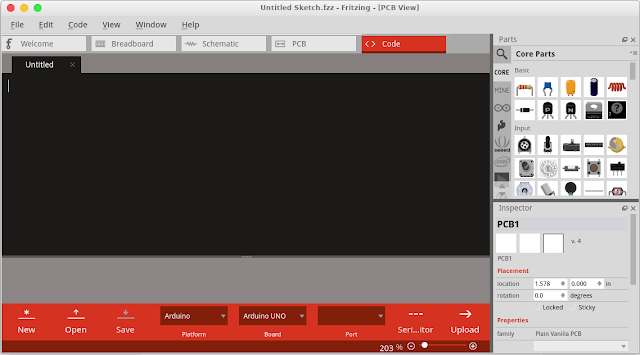 Fritzing has 4 main features namely, Breadboard, Schematic, PCB and Code. The brief explanation is as follows:

How to Install Fritzing Linux Ubuntu

Use the following command for installation on linux terminal.

If you get an error like "sudo: git: command not found", please install GIT on your linux. For a tutorial on installing GIT on Linux, you can read here.